The Maria Argyriadi donation is the core of the Department of Childhood, Toys and Games, which was founded in 1991. The collections include 20,000 toys, games and childhood items, from antiquity to 1970, originating not only from Greece and the broader Greek world, but from Europe, America, Africa and the East as well.
The department’s primary aim is to document all aspects of the themes “”childhood””, “”game”” and “”toy””, by studying the history of toys in Greece and Europe, and children’s daily life in a traditional Greek context as well.
The collection’s Greek section comprises infants’ and children’s toys spanning the classical, Roman, Byzantine and post-Byzantine periods. They include hand-made traditional Greek toys dating from the 18th to the 20th century, articles from country festivals, 20th century commercial products, team sports, board games, and seasonal games.
A separate group of objects includes reconstructions of popular toys, from the beginning of the 20th century, made by members of the K.A.P.I. (Centres for the Open Protection of the Aged).
The European part of the collection comprises dolls and games of urban and rural manufacture dating from the 17th to the 20th century, mainly from England, France and Germany. There is also a selection of 19th and 20th century European regional costume dolls dressed in costumes from different parts of Greece. 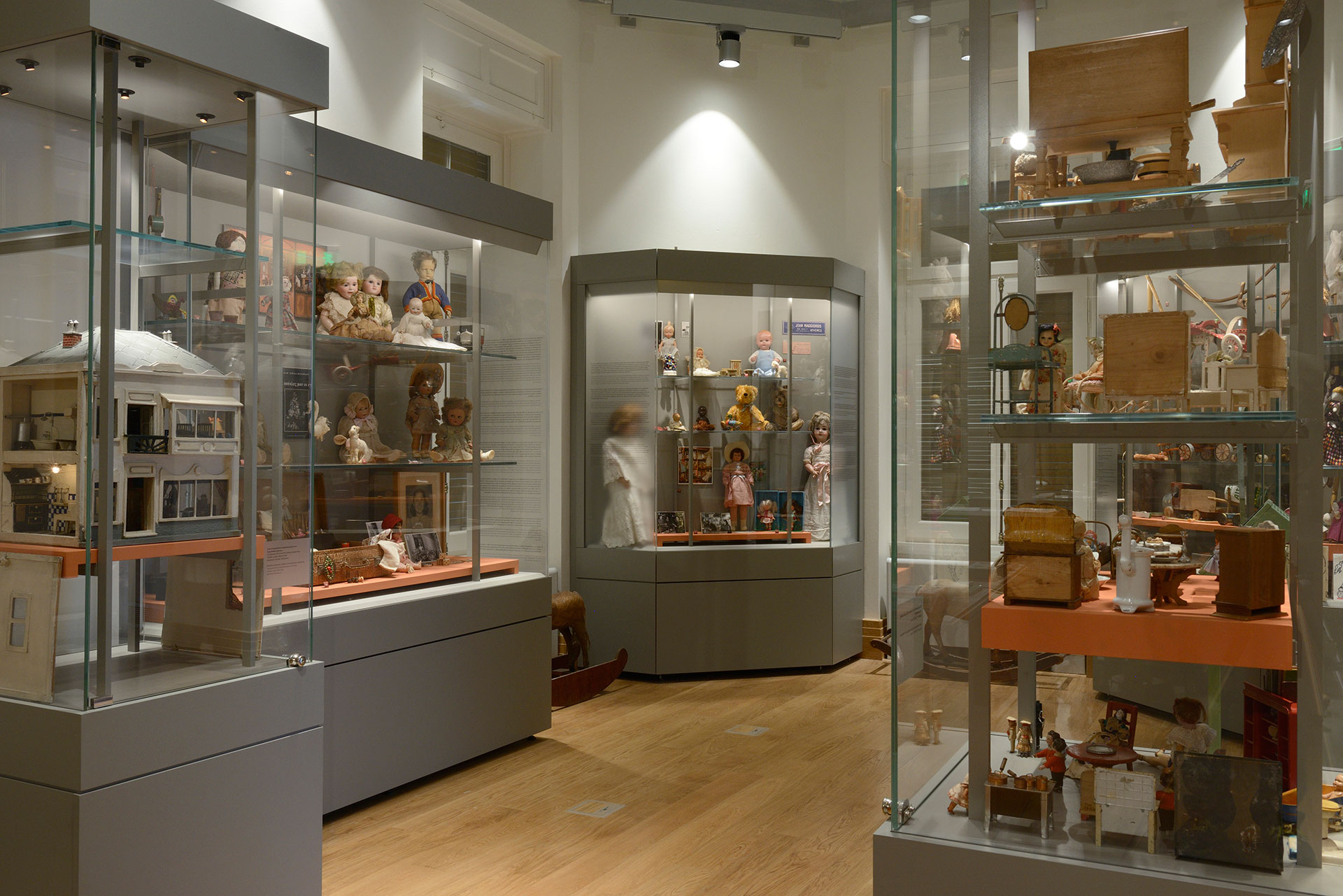 Includes toys, books, ephemera, clothing and other items associated with childhood from Europe, Africa, Asia and the Americas

A collections of 20.000 items that will make you feel child again