The evolution of Islamic civilisation from the first appearance of Islam up to the Ottoman period and the corresponding development of Islamic art up to the 19th century are demonstrated by more than 8,000 works of art, including ceramics, gold, metalwork, textiles and glass, smaller groupings of bone objects, inscribed funerary steles and weaponry, as well as the marble-faced interior of a reception room from a 17th-century Cairo mansion.
The Founder, Antonis Benakis, initially started collecting in Egypt at the beginning of the 20th century. At the same time many similar collections were created in Europe and America, which, in many cases, complement the Benaki Museum collection.
The two carved wooden memorial door panels from 8th century Mesopotamia rank amongst the more important objects in the collection, as do the unique reed wat from 10th -century Tiberias, the small brass box bearing the signature of Ismail ibn al-Ward al-Mausili dated 1200, the bronze astrolabe of Ahmad ibn al-Sarraj dated 1328/29, and the famous 16th century velvet saddle from Bursa. 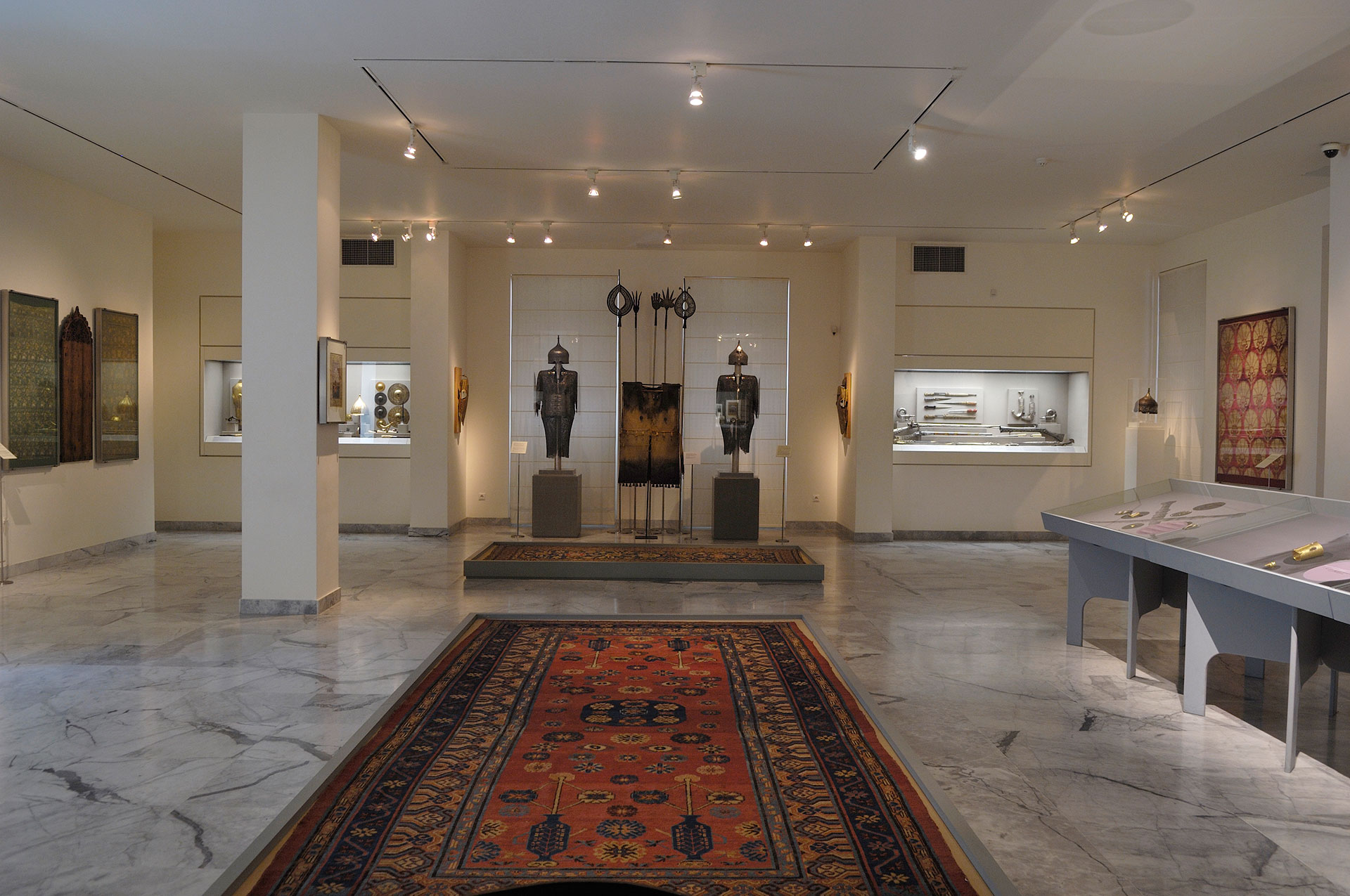 Collection including examples of all its local variations from as far as India, Persia, Mesopotamia, Asia Minor, the Middle East, Arabia, Egypt, North Africa, Sicily and Spain