The Museum of Cycladic Art is a living, most appealing destination, in the heart of Athens. It focuses on promoting the ancient cultures of the Aegean and Cyprus, with particular emphasis on Cycladic art of the third millennium BC.
Built in 1986 to house the Nicholas and Dolly Goulandris Collection, it holds one of the most comprehensive private collections of Cycladic art in the world. The minimalist marble figurines it is reknown for, has inspired artists of the 20th century, such as Brancusi, Modigliani, Giacometti, Hepworth and Moore and continue to inspire world-renowned artists such as Ai WeiWei.
The Museum’s permanent collections include 3000 Cycladic, ancient Greek, and ancient Cypriot artefacts, witnesses to the cultures that flourished in the Aegean and the Eastern Mediterranean from the fourth millennium BC to approximately the sixth century AD.
The temporary exhibitions of the MCA focus on archaeology, modern and contemporary art, aiming to introduce the public not only to antiquity but also to important 20th & 21th century artists and explore the links between ancient cultures and modern and contemporary artistic creation. Dali, Picasso, Thomas Struth, Louise Bourgeois, Sarah Lucas, Ugo Rondinone, Jannis Kounellis, Mario Merz, Αi Weiwei and Cy Twombly, have been exhibited at the MCA, amongst others..
The Stathatos Mansion, one of the most important examples of nineteenth-century neoclassical architecture in Athens which is connected to the main building by a glass-roofed corridor, is worth the visit for itself.
Cycladic art’s defining characteristics, abstraction and harmony, also characterize the Cycladic Café, recently renovated by Kois Architects. The atrium’s rich vegetation creates the sense of a secret oasis situated in the very center of the city, while the lighting design by Eleftheria Deko complements the natural sunlight that comes through the entrance’s floating façade-sculpture, during the day. A unique location bringing Aegean light and flavours in Athens, where you can find the best breakfast, café or lunch in town.
Finally, drawing inspiration from the Museum’s collections, the Cycladic Shop provides a wide range of faithful replicas of Cycladic figurines, alongside jewelry and homeware objects by Greek designers as well as special editions. 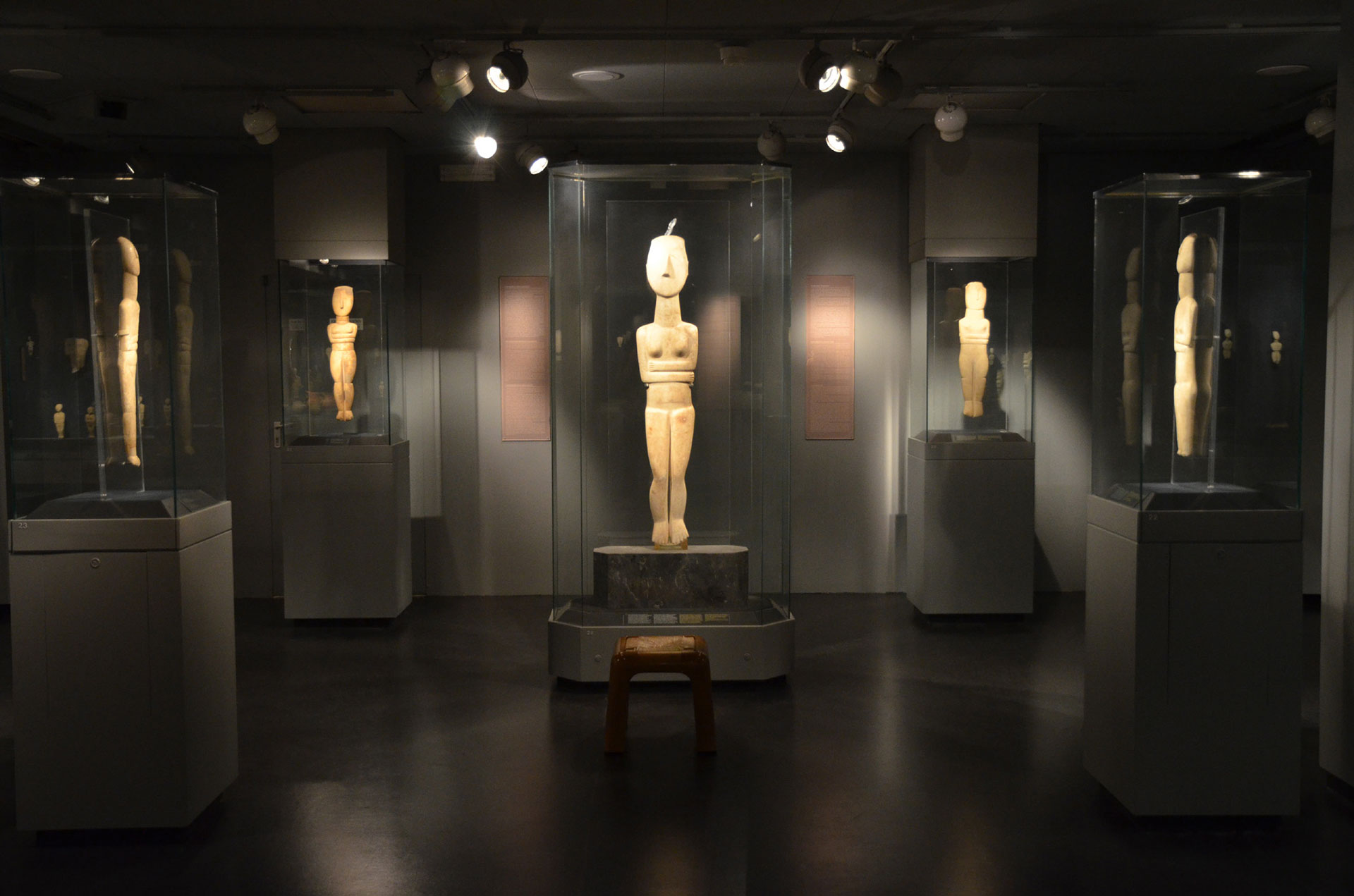 2 steps from other very interesting museums (Benaki, Byzantine etc), the city's heart (Syntagma Square), the commercial streets, and the aristocratic district of Kolonaki