In the museum’s exhibition grounds you can chronologically navigate through the four levels of the building, while a large collection of weapon systems can also be discovered in the open-air areas around the premises. The 1st floor is recommended as starting point of your tour.
On the 1st floor you can see tributes to Antiquity, the Alexandrian Times, Byzantium, Frankish Rule, Ottoman Domination, the Greek Revolution of 1821, the New Hellenic State, the Balkan Wars, the First World War, the Asia Minor Campaign, the Greek-Italian War, the German Invasion, the Battle of the Forts, and the Battle of Crete.
The Mezzanine is dedicated to the action and contribution of the Greeks to the success of the Allied operations against Axis forces during the Second World War. It includes themes for the Sacred Company, El Alamein, Rimini, the action of the Navy and the Air Force. The tribute to World War II ends with the Occupation, Resistance, and the Liberation. These are followed by a tribute to the Greek contribution to the UN mission in Korea and also a special room devoted to the struggles of the Hellenism of Cyprus over the centuries. Finally, the tour ends with the collection of bravery medals.
A large collection of uniforms is displayed on the ground floor and in the reception area, while a special room is devoted to the Greek Army officer Petros Z. Saroglos and his rare collection of weapons concerning the Greek Revolution, the European Renaissance and the Napoleonic Wars, as well as weapons from various European countries, the Muslim world, the Far East, and weapons of primitive peoples of Oceania. 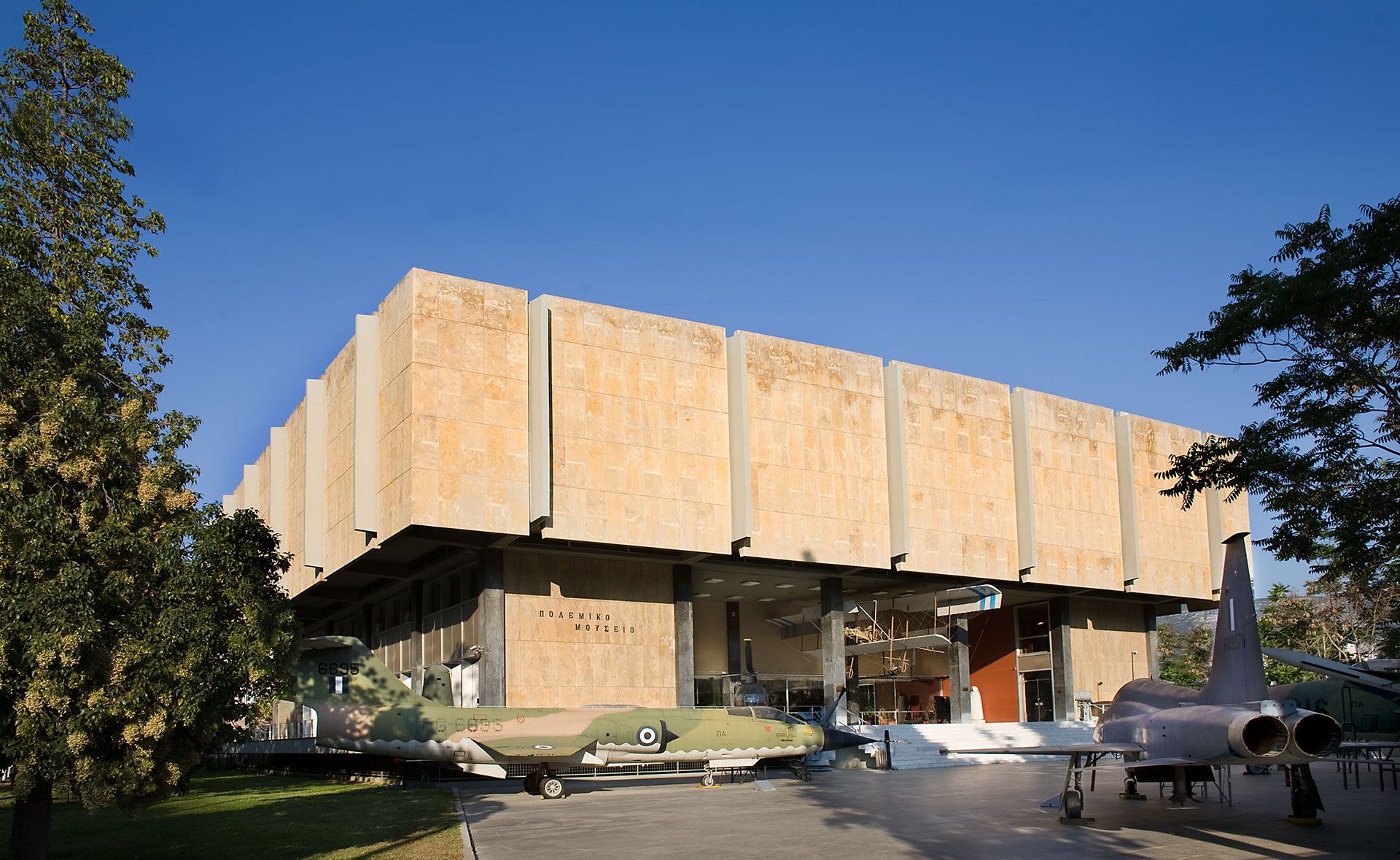 Maintains Film, Photographic and Historical Archive as well as a Library with reading room