On the main level, the visitors can see extended remnants of the ancient city, as well as significant findings deriving from the slopes of the Acropolis. On the first level there are finds from the Acropolis during the Mycenaeic and Geometric era,  from the temple of Athena Nike and Erechtheion, as well as works dating from the late ancient period to the early Christian years. On the second level you can find the restaurant, the Museum’s shop and book store, balconies with the view of the exhibits. Finally on the third floor (the Parthenon room has the dimensions and the direction of the Parthenon), the frieze, the metopes and the temple’s pediments, are displayed. The famous marble frieze is recreated with both original marbles and casts of those pieces held elsewhere, such as the Elgin Marbles in the British Museum.

Tickets must be redeemed at the Cashier of the museum 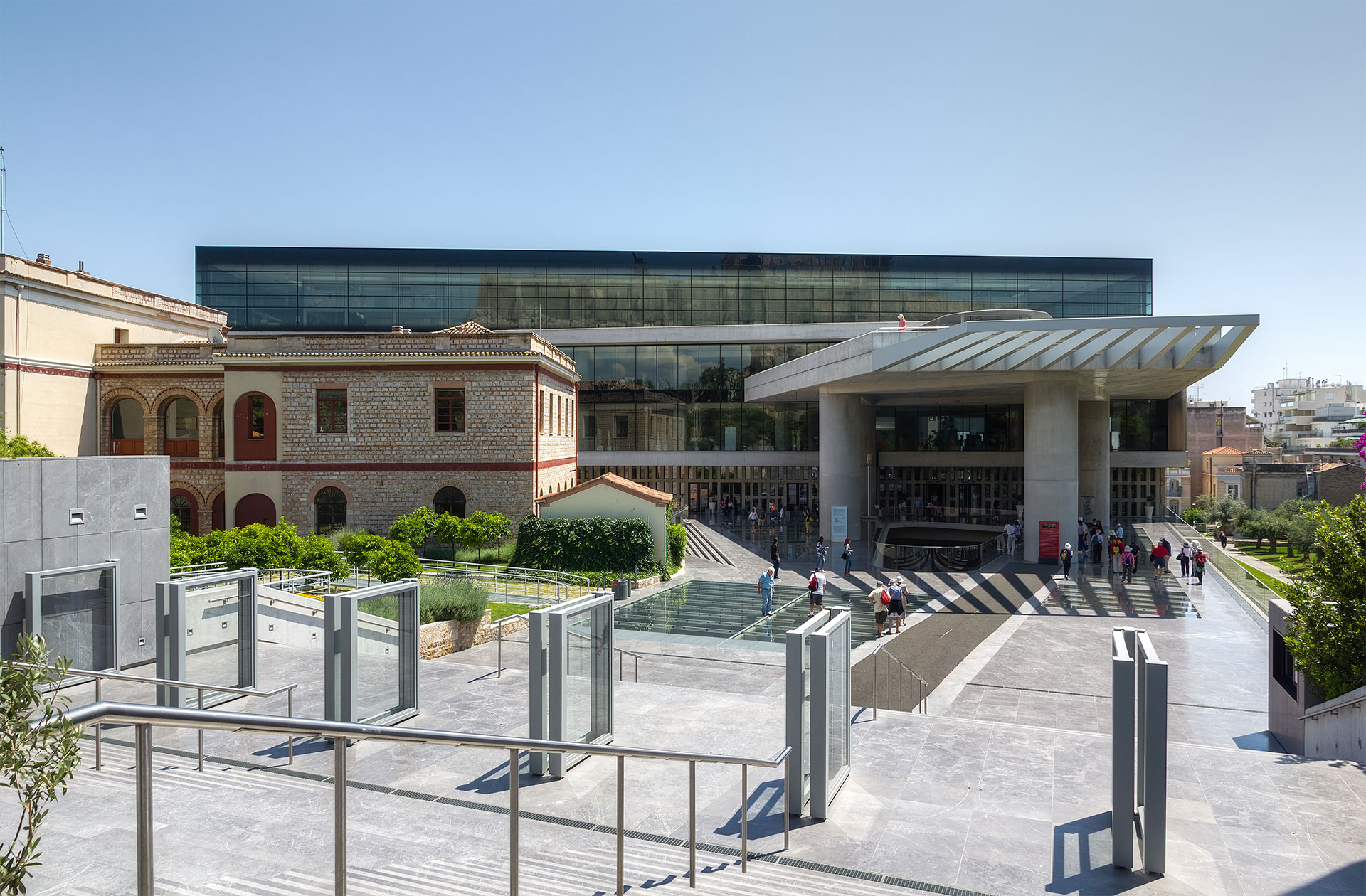 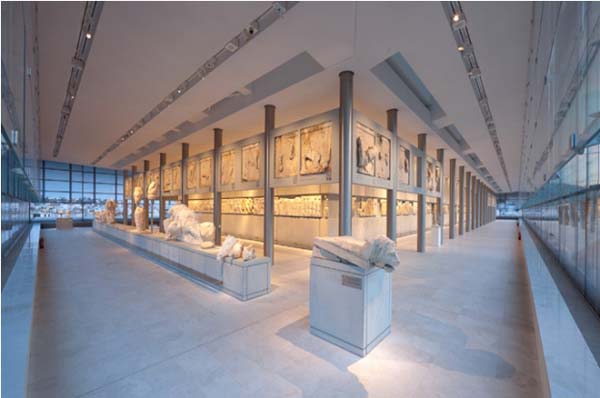 Votives and artifacts of everyday life

The remains of the ancient Athenian city